Skorpion (the gun, not that turkish noob)
This topic has been deleted. Only users with topic management privileges can see it.

Ok, so by now I think everyone has had enough of this topic as well as the gun itself, so Im just putting this topic here so everyone can see it once again. Im not quite sure if the previous poll on this gun got enough votes, but Im absolutely sure, Im 100% positive that loads of players dislike and complain about the gun (myself included). To be fair, yes, it is a bit much to ask to ban a gun, however, I believe it is unbalanced and unfair on hardcore server such as our beloved Cirkus. If skorp users pick up any other gun, I can assure you that their "skills" would drop dramatically as well as their KD, but at least they can learn to use proper guns with fair recoils, accuracy and hitbox. Neho, I summon thee to put us out of our long-lasting misery and rid the server of this filthy gun!
That`s all folks, enjoy the game magarad jedna.

P.S. While we`re at it, why not ban that Turkish noob as well.

I told you I will ban it, you dont have to remind me every 2 years

See adminka, i told you, that people are getting impatient cos its still not disabled

Maybe if someone writes to ya every couple days, u will actually do your job

P.S.: as your language detector: remind me, not remember me... 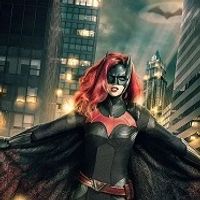