Black SS
This topic has been deleted. Only users with topic management privileges can see it.

How should we solve the black screen shots, I think that we should first kick the persons with black SS, if they still have a black screen we should permanently ban them. What do u guys think, how should we handle black SS in future?

hello my dear neho
I had that problem today. after several other players told me to check him, i tried to make a ss 3 times but nothing happened. it was pretty obvious that he hacked. your idea to kick them first is okay for me.i hope this doesnt become a standard problem. cya

I was thinking about this problem today, i think that i have found a solution. I will have to create the code for it this days and test it out.

In fact, the following would happen

When the player joins the server he will be auto SS-ed, this is already working on the SD server, if he have a black screenshot the server will auto kick him and add him to the blacklisted players.

Next time when he joins the server we will create again the screenshot and if he still have an black SS he will be permanently banned by the server script.

if u are able to fix it like that it would be great man, less work for the admins

Well i managed some new features in the upcoming cod4x webadmin so now i can read images to, could be hand-sum in future

good thing we have you, you do gods work xD

I believe I have found the solution, I let u know when I update the WebAdmin page so we can test it out. I am not sure if the player who got kicked for black SS will be SS-ed again after he rejoins the server, therefore we will have to SS that particular player after he returns to the server. I will create some message on the server if somebody gets kicked for the black SS similar to the AutoBan message for screenshot blockers so you guys will know that we have a black SS.

I would also appreciate if admins who are in game would check the screenshot on the website from that player if it is really a black SS since this have to be tested before we make it run in Auto mode.

I think that for now I will simply kick black SS players from the server since it would be a bad idea to Ban for nothing.

Since we have an auto SS on our SD server for screenshot blockers we will also check if the screenshot is black, I believe that this could be a good thing for future since I have some other ideas to what we could use against hacks which are visible on the screenshots 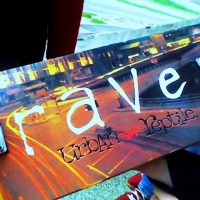 antialiasing must be off

Anti-aliasing has nothing to do with our screenshots plugin, that was a problem in time when pb was used, we don't use this method anymore and PB is turned off on our server

I have activated the plugin, Julia should kick for black SS, pls let me know if u guys see it ingame since today there where no black SS screenshots

Ty, will investigate it

i have increased the number, with other words less similarity is needed for black screen to execute the kick, please let me know if there was a kick for Black SS in next days and also check if it is really a black screen. For now we only kick, have to find the right settings to make it later permban also

I hope he really had a BlacSS have checked that to?

@NeHo too bad i have a girlfriend now. julia seems to be a lovely girl xD