Hello there
This topic has been deleted. Only users with topic management privileges can see it.
H
H
Hulky Reply Quote

Hi all,
This is going to be more of an ban appeal and to talk with NeHo about it, I have looked around but dont see a place for ban appeals

Before i was banned i was talking with Neho in game, I said something like i "know you want to ban me" cant remember what he replied with but i said do it and he did.
As you can see here the reason for ban it "done it"
https://imgur.com/a/gJRZgIz
i wasnt the only one saying "ban me" Why ban me not the others? thats fair right?

But on discord Neho you are claiming i was insulting you, i 100% sure i never insulted you. that would be very silly of me to do that as i know you are an admin so that doesn't make any seance. but you say i did, so if you could show us the chat logs where i insulted you that would be great.

In all honestly NeHo i dont think you was having a good day in the server and i think you where a little mad about it and got little bit trigger ban happy with me. I too get mad myself when the game aint going my way and thats the same for everyone, i think you just wanted a reason to get me out of the server as i had been playing most of the day.

https://www.youtube.com/watch?v=jBI6QBnFFh4&t=569s
From the Video you can see your scores are not great thats why i think you wasnt having a good day but i understand your frustration, i too get the same when im not winning which we all know about.

Now ill talk about cheating claims,
as you can see from the video there is no hacks, iv played for so long its hard for me to be bad, i get claims of cheating everyday and its funny to me.
Players just get butt hurt when they die but don't say the same things when they are on my team. In the video Neho you say in chat "i dont play with cheaters" now are you joking around or do you really mean it? i dont know what els to say to you guys about cheating claims.

" after you banned me thinking it was just a joke but you really mean the ban and your not to replying to me on your discord server too, which isn't very admin like or very professional too, if someone has an issue it should be dealt with.

What upsets me the most is i help your server in spotting cheaters and try to get people to follow the rules, there are alot of players who know me very well and have known me way before your server popped up and they know who i am and that i am good, they will even tell you in the old days i looked fishy i always will look fishy to players, thats just me and i agree. Even some of your admins knew me way before the server came along. players dont understand how i play and how i focus its all eyes,ears and movement and knowing the maps i know the game too well is what im saying. There are players not wanting to join the server because this ban of how silly the reason is, they see the ban very silly too, iv told them to play regardless but refusing too as i am no longer able to join and play and waiting for me to find a new server. when silly bans are made people take notice and it has effect on the server they go els where and boost other servers up leaving the server with silly ban reasons at low population.

I hope we can sort this out Neho as you know, i like playing here i always follow your rules and try to help and do what is asked of me. 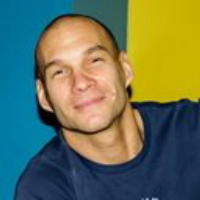 Hi there, I was there when it's happened. I really can understand Neho decision and reaction in that very moment. BCS Green baby Hulky was provoke him 4 ban. I agree with that. But certainly that can't be a reason 4 permban at all. Because that was only Hulky's sin in that moment. I agree with temp ban 1 or 2 month but not more. My opinion. NeHo We love You biatch <3, go over Your Ego and above his behavior. Don't fight in the same level. You are more mature and you should go over it and forgive him for that what You feel like "insult". Molim Te

Ladies ^^
First of all, im not really gonna takes side in this cause im not an admin, i havent known Hulk for that long either im just an innocent bystander here, but since puppy actually asked (not my fault if u wont really like what u see) and i was even there when Hulky was banned here’s how the girl sees it

.
Greeny lets be honest i dont think this ban is about that one evening or that one line of u saying „ban me”. More like Neho had enough of it and honestly i had expected that any day to happen since i joined the server, so i dont think u r that surprised either. You keep claiming that the 25th ban on the server would have no effect anyways and u’ll just get unbanned...taunting every single admin like that for so long had to have a consequence. I still like you generally but like i said before, u can be a royal asshole

Onto the next thing my dear readers

There is also a claim saying Neho was already having a bad day with bad scores and being triggered...well all the time i have played with him, stats like 0-0-7 or „The James Bond” has never bothered him (believe me that happened a lot) and i have never seen him get tilted by it. I dont know about how his day was tho, only he knows that.
Cheating claims and hack issue im not gonna participate in, it has been going on for such a long time, that i dont think it would ever end anyways. Its true that Hulky joining the server usually means that 90% of the players have no fun until he leaves but its not greeny’s fault that he is good at the game

. If he uses wh and its made into a screenshot im sure he’ll get his ban for that but until that happens this is a moo-point and should be totally irrevelant to this argument that you boys and your testosterones are having right now.
And now the climax of this wonderfully written post of yours truly, about the actual ban and the reason for it...yea it might be a bit harsh and like Bunji said a couple months ban probably makes more sense for just that particular issue (personally i would just keep temp-banning until u learn to behave, but would not perma-ban over this) but its not my decision to make, i can see the reasoning of both sides, i hope you guys can figure this out.
Peace

Thnx SuRv1, agree with You completely...Puppy love You

yeah i remember saying something like make it 25 bans and ill go see klint thinking he was still able to help that was my bad xD
what i meant by it was for cheats as iv been unbanned everytime iv been banned here for it as there isnt any proof of cheats everytime.
i can see why neho thinks i was insulting and yeah i agree to a point on it maybe i shouldnt of said it.

Like bunji said shouldnt really be a perm ban as its my only sin but i understand.

im sorry NeHo for making them comments, wasnt meant to go this way as i thought we both was fooling around.