Zamalia
This topic has been deleted. Only users with topic management privileges can see it.
Z
Z
zamalia Reply Quote

Hi, I'm not used to posting on forums, but there is a big problem. There are some administrators who abuse their powers on the server, they kick me for invalid reasons. Tonight, I join the server, the map is Vacant, I finish in 1st position and I get kicked: kicked for lagging.
I have between 200 and 230 ping, but that does not mean anything, my connection is stable, 3rd best of France, in any case, I lagger the server. As long as his famous administrator kills me, there are no worries, but from the moment it's me who kills them, all of a sudden he sees me lagging as if by magic. It's been a long time since I play on your server, much longer than the majority of players I see at the moment. And with his new directors, there is always a problem with me.
The only real administrator who does his job right now is 1manfail.
Another thing, I'm not a blue, a round lasts 2 minutes, and I get kicked after 30 seconds of play, again after killing one of these famous administrator, reason: no camp in attack. Especially since 90% uses dead silence, if I run like an idiot, how can I hear them? Especially since some people abuse this by setting their fps at 333 (333 fps = higher jump and quieter movement). The combo silence of death and 333 fps is hard to understand, even with a good sound card and a good headphone (mine asus orion and sound card asus strix raid dlx 7.1).
So please, if you did not want me on your server, be direct, and say it, stop your kids.

200-230 is not a normal ping, that ping make other players also laggy, maybe that is the reason why you got kicked. For the other part I don't know since I was not on the server. I believe our admins are okay, I don't see any issue with them!

Neho, for me this ping is normal, because I do not live in Europe, no matter the game, I always have this ping. Distance Reunion- Germany 9156 km.
While there is the distance, but in no way I affect the quality of play of other players. My ping is stable, there is no effect yoyo as some (35 to 70). This proves that their connections are unstable (wifi maybe).
There are also those whose fps are unstable who can cause their own lags.
A game is unplayable with a high ping if it is unstable, as long as it does not move, nothing is impossible.
So the excuse that I lag, do not hold the road, I'll tell you me, these famous admins, they rage that a player with 200 ping more skills and play better than them. For them, this is impossible, but impossible is not French.
Faced with a low ping that plays very well, I have no chance, so your admins looking for phony excuses to kick me, stop playing wifi, block your fps, used the commands m_rate, snap, cl_maxpackets etc. But do not tell me that I made you lag, because when you kill me, there are no worries.
I now record my games, and I will post them and you will see, that in no case I cause lag to the other players.

As much as I hate high pingers, I understand your frustration zamalia, and I hope no one kicks you again. As an admin, I can assure you I didnt and wont kick you, and I believe you never caused the server to lag. As for others, I dont know, but as far as Im concerned, youre welcome to the server. Im sorry you were kicked 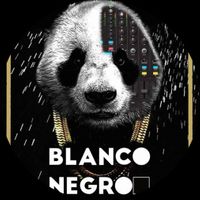 Just to be straigh with this one...i kicked both cockfag(he was in my team) and u for the same reason and i would it again if i need to! many ppl were complaining about lags and i warned u both to fix your connection. 200 ping is not normal...deal with it!
Last but no least u should all understand that we join server to play and have fun. When i m online i ll do everything in order to keep the server on level and if u think this is admin abuse...YES IT IS! actually i don t even care about what u think cause everybody complains but nobody listens to the fkin admins!

P.S.: Neho i know sometimes i am over reacting while playing but thats who i am and i try not to insult or mistreat anybody. For the record the map we were playing for which zamalia 'cries' was vacant and i had about 14 deaths. 2 were from zamalia and the othres from 1man and bappo. if u think i was abusing my rights u know what to do mate!

@Odysseus thank you, I hope I can play with you

Hey zamalia, ofc you can play with me, you already know me by the nick johnny, or bappo, or bapphonny. Cya around, and if you can, give some tips on improving my internet connection